To lower odour emissions, we use the latest in biofiltration technologies to clean contaminated air with organic compounds. At the forefront of this technology for over 20 years, EnvironOdour is developing an automatic sensing system to help streamline and control this biofilter system.

Biological treatment is a cleaning technique for waste air contaminated with organic compounds such as odorous compounds and Volatile Organic Compounds (VOCs). In the 60s, a soil bed, regarded as the first generation of biofiltration technology, was installed in a sewage treatment plant in the US. During the following two decades, a number of soil bed systems have been used to control odours from rendering plants, and to remove propane and butane at petrol stations. At the same time, several biofilter systems based on organic media such as compost, wood chips and pine barks have been used. These systems, regarded as second generation biofiltration technology, have been widely used to control odours from sewage treatment plants, rendering plants, food processing plants, and intensive agricultural farming in West Germany, the Netherlands, Switzerland, Australia and New Zealand. In the later 80s, bioscrubber and biotrickling filter systems have been developed and regarded as third generation biofiltration technology. Today, much more effort is taken to further expand the use of biological treatment systems to VOCs, Hazardous Air Pollutants (HAPs) and hydrocarbons. Over 500 biofiltration systems have been installed in Germany and the Netherlands and more than 95% of the biofiltration systems installed are biofilters to control odours.

It is believed that most biofilters in Australia are not operated in an ideal condition. We are developing an automatic system (using microprocessor and sensors) to control the usage of water in order to maintain the correct mositure level within the bed. 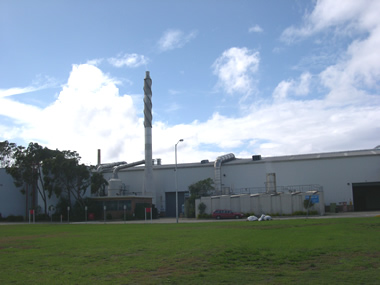